For the real displays of LCD screen. Each pixel is not uniform color, but R,G,B pixel geometry. Even so, now we assume a colored square full-color pixel.

Info: Bayer Pattern(Filter) is shown on the right, where green elements are twice as many as red or blue to mimic the physiology of the human eye which is more sensitive to green light. Tip: On the memory of PC or Graphic Processing Unit (GPU), Frame Buffer is the memory for a raster display.

From Triangle to pixels 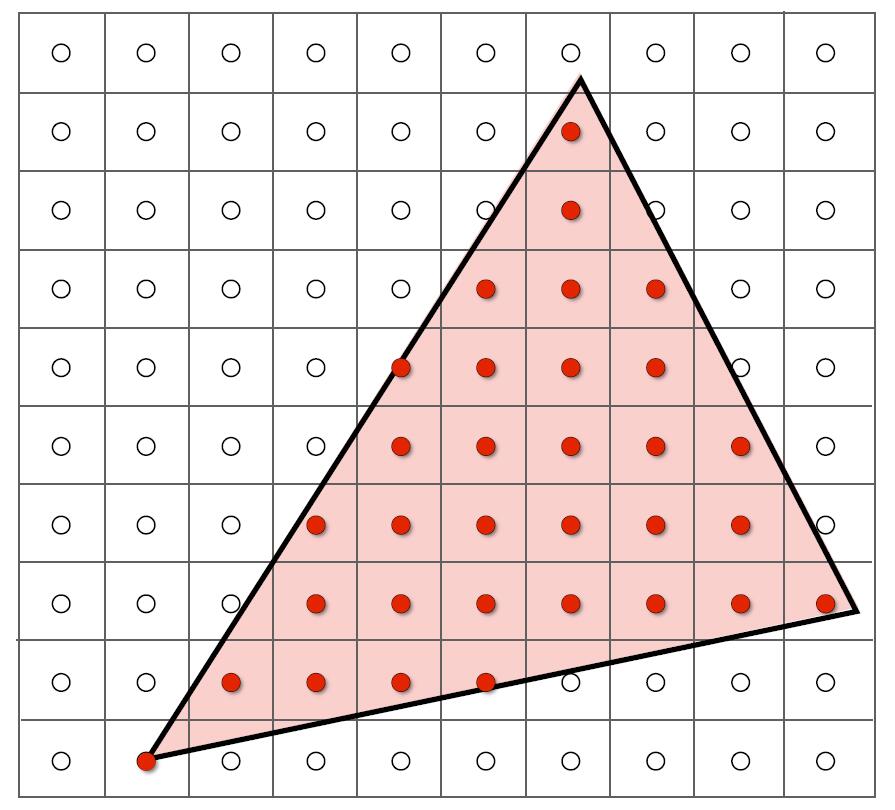 Tip: Pixel values are integers so the center should be additional 0.5 amount. 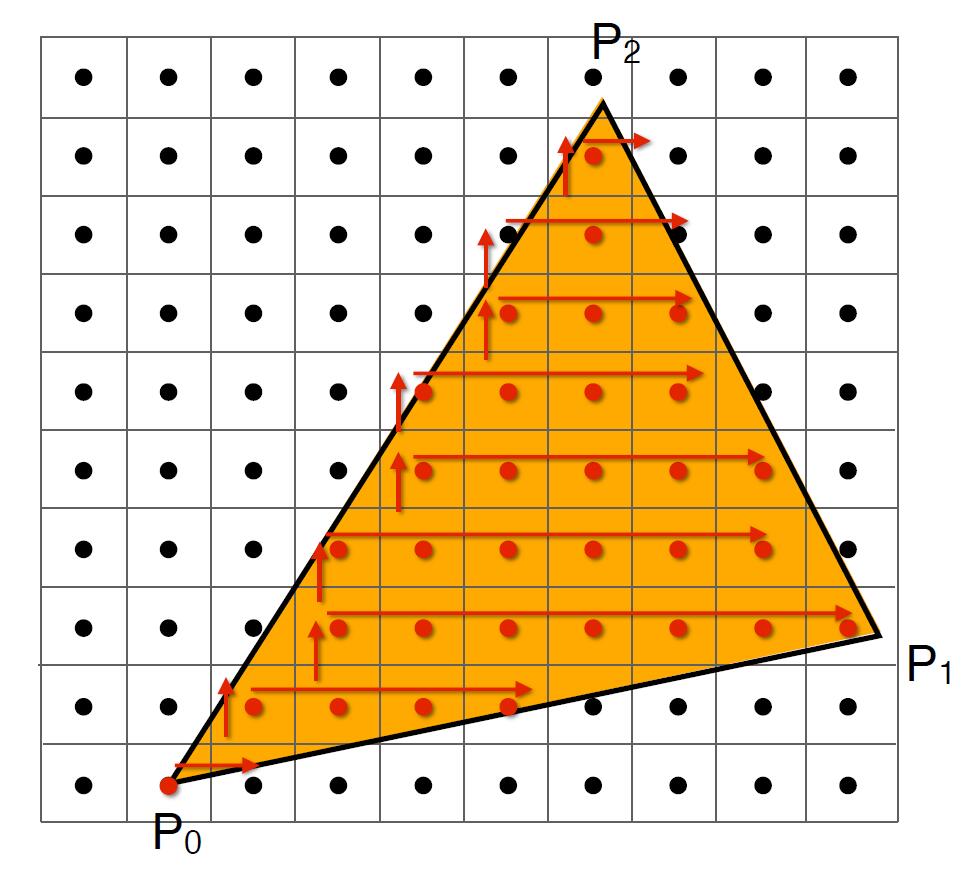 The reason behind the Aliasing Artifact

The above figures are sampling, antialiasing (filter then sample), blurred alisaing (sample then filter)

The reason why undersampling introduces aliasing, and prefiltering then sampling can do antialiasing instead of the inversed operation will be explained at Antialiasing. 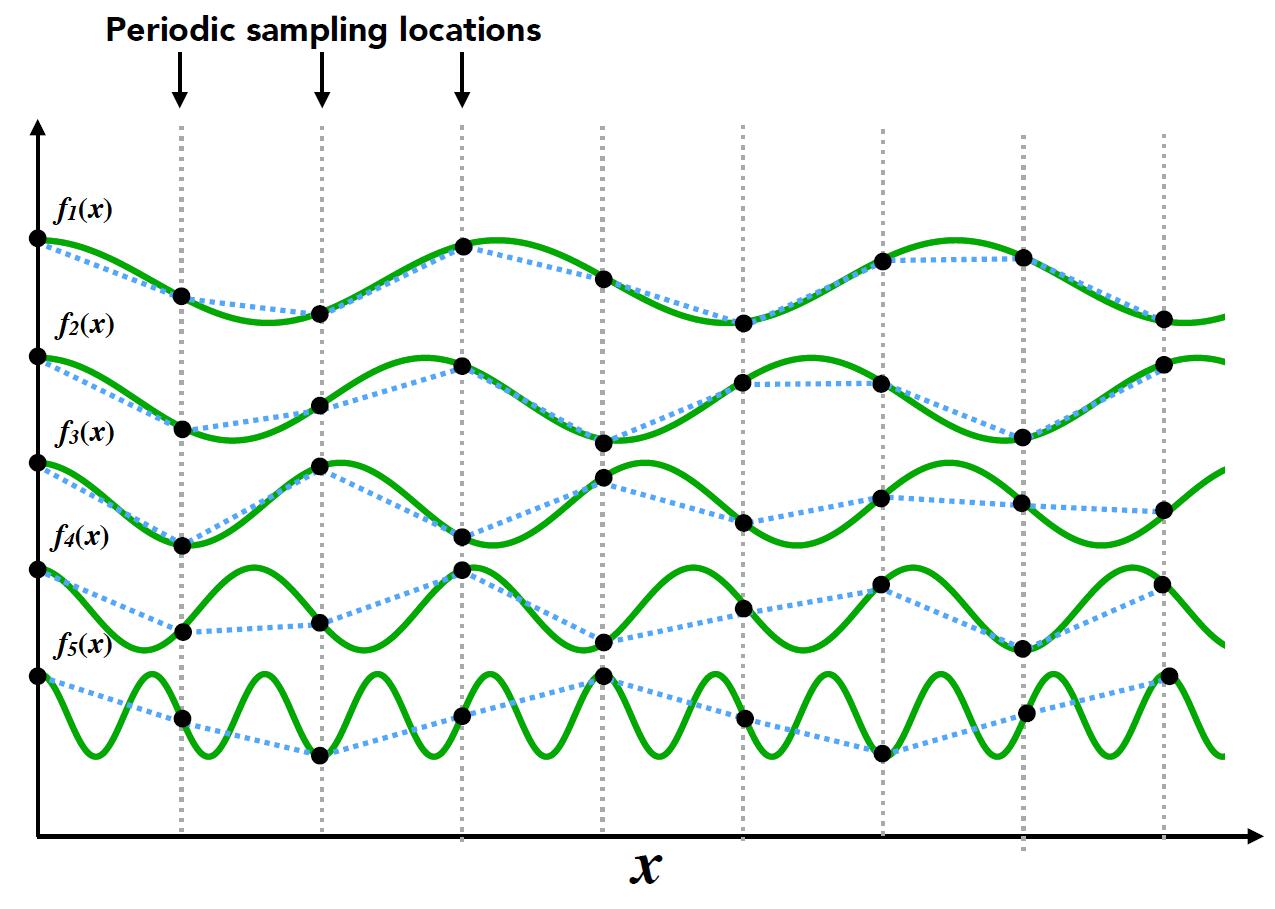 Tip: For the two-dimensional Fourier Transform, the image can be thought of as being tiled (stacked vertically and horizontally) infinitely. Thus two highlight strips in a cross shape at the center of the image is caused by the drastic change of the edges of the left figures. Perform filtering before the sampling will discard the high frequency and reduce the overlapping phenomenon, consequently reduce the loss of information and aliasing.

Tip: We often pronounce [temˈporəl] in industry to distinguish with ‘temporary’ meaning.

Tip: z-buffer can not deal with transparent objects.