What we done so far

Shading: The process of applying a material to an object.

Tip: We often assume ambient lighting is a constant. Caveat: Above are all unit vectors. 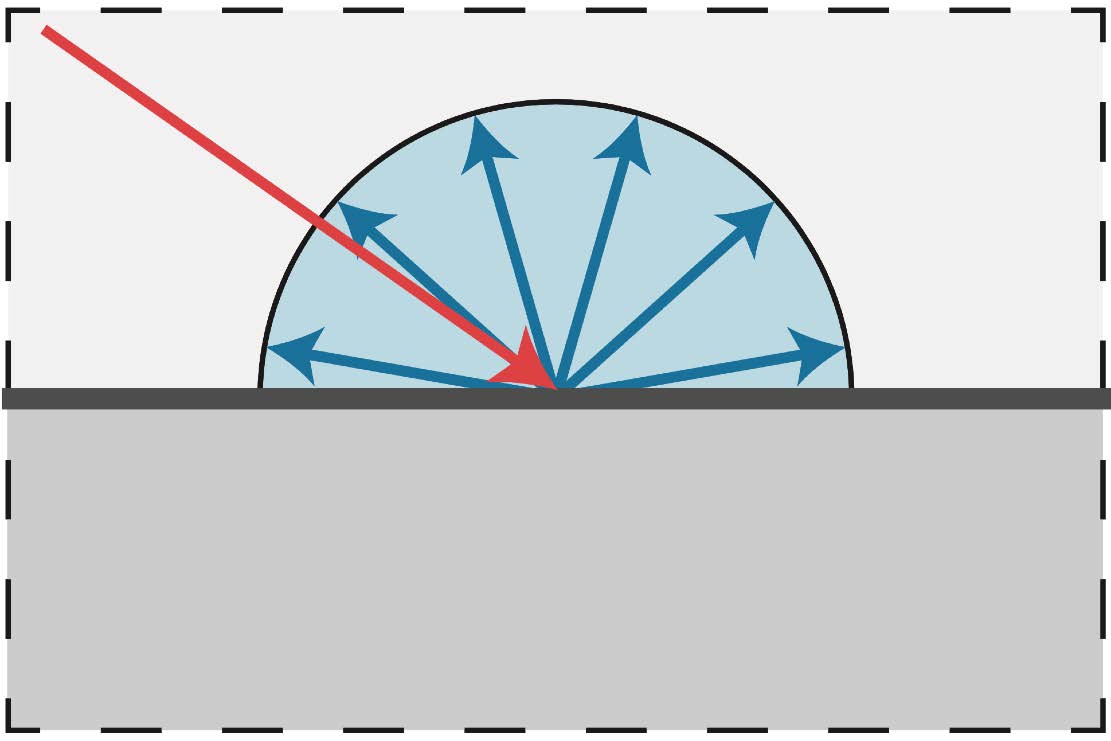 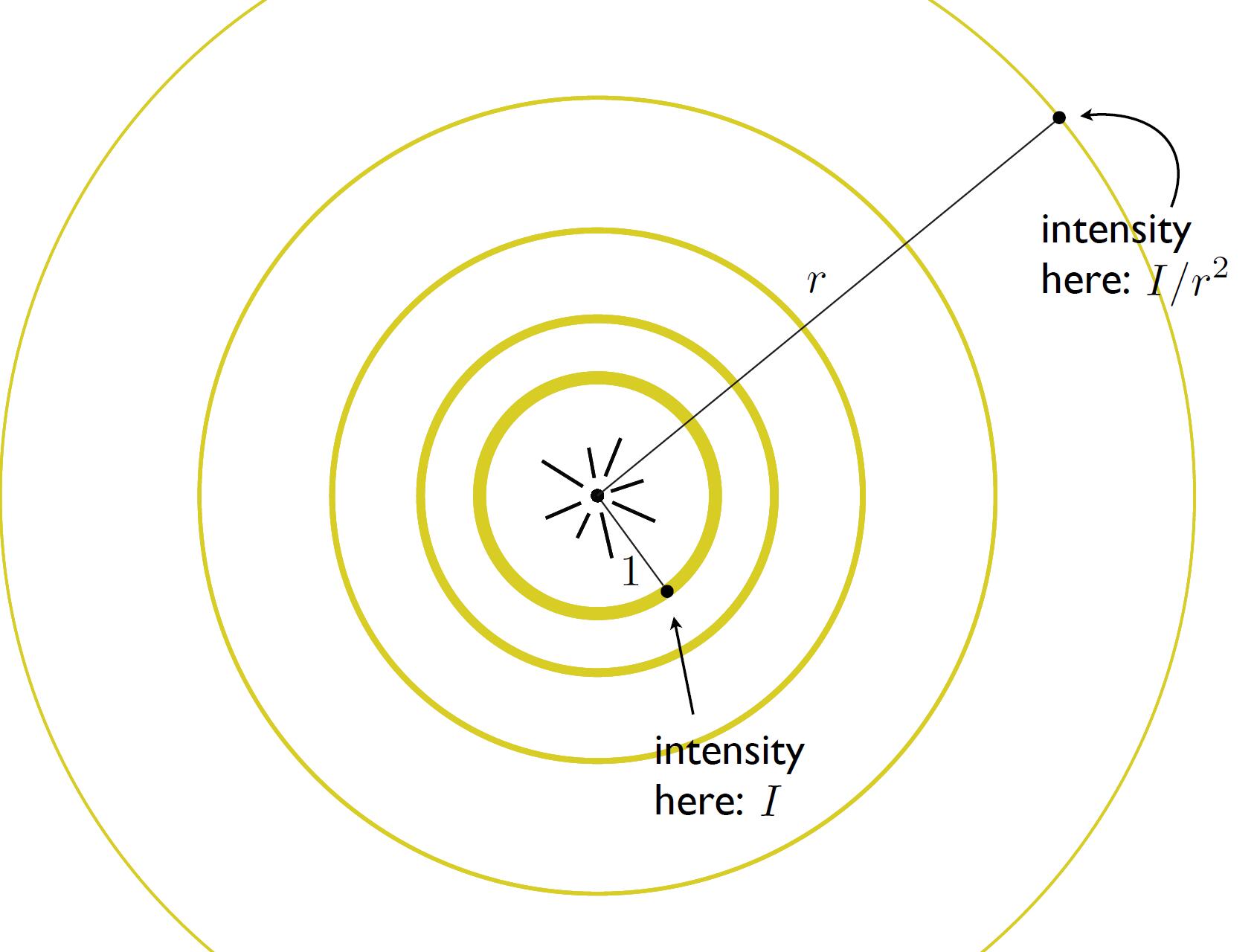 Note: Above proof is not strict, but intuitive. More strict prove is as follows: We assume there is no energy loss, so the luminous energy $Q$ from the light source per unit time is the same. According to $\Phi = dQ / dt$, we can get the luminous flux $\Phi$ per time unit is the same. From the definition of luminance: $L_{v} = d^2\Phi / d\Omega dA cos\theta$, the total of luminance $4\pi r^2 L_{v} = d\Phi / d\Omega cos\theta$ should be the same. Thus luminance $L_{v}$ is inversely proportional to the square of the distance $r$.

Caveat: The relationship between Luminous intensity $l_{v}$ and Luminance $L_{v}$ is not clear in CG. 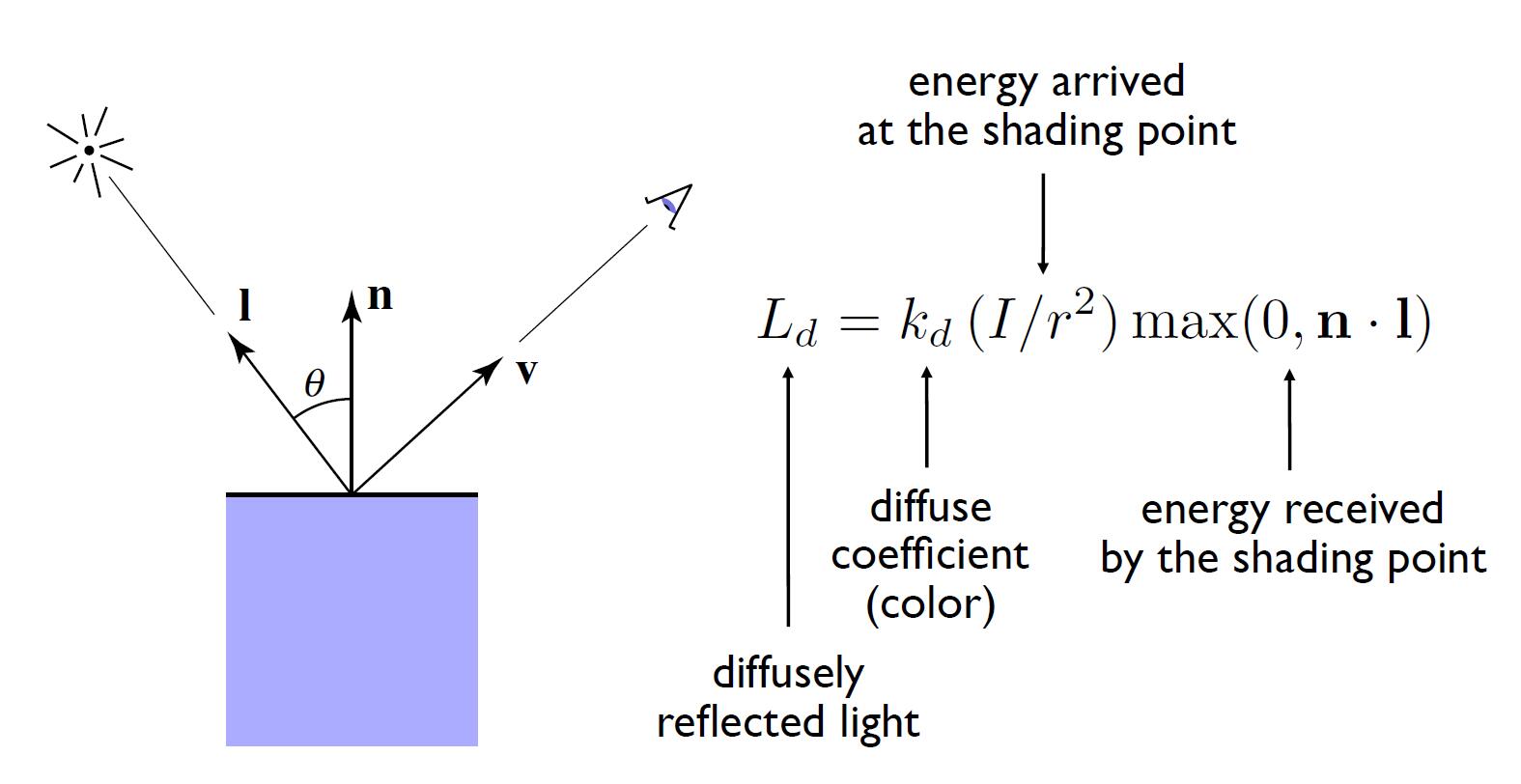 info: The energy received is relative to the angle between normal $n$ and light $l$. This is also the reason why we feel cold in winter and hot in summer.

Tip: Compared to diffuse reflection, we ignore the energy received term for simplicity. Note that Blinn-Phong model is just an empirical model. 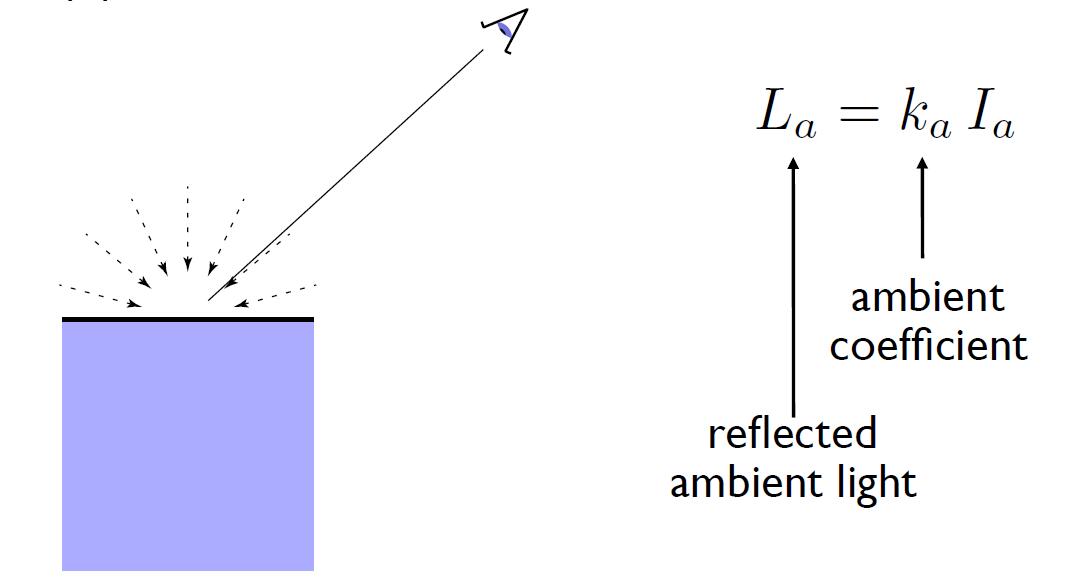 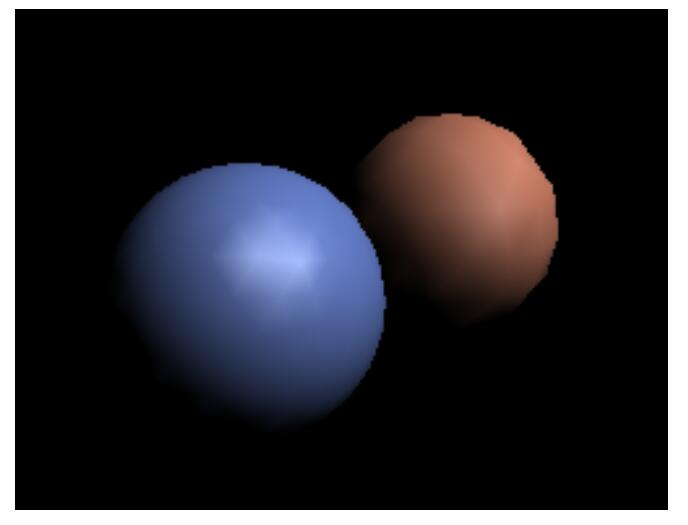 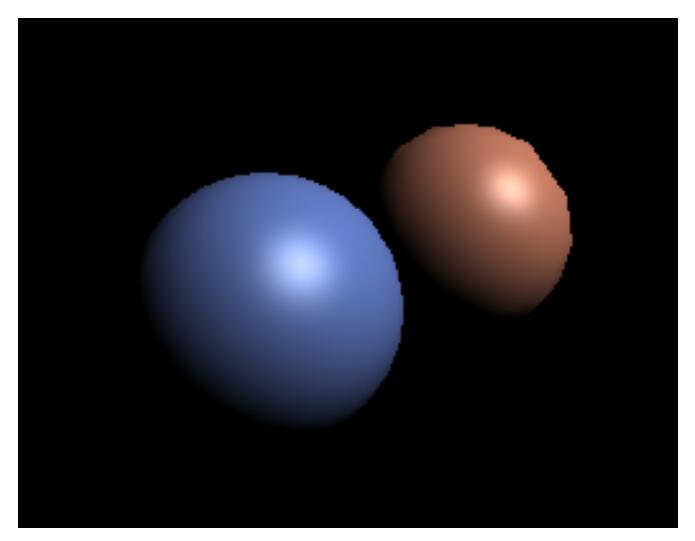 Caveat: remember to normalize each normal vector after each step of interpolation. 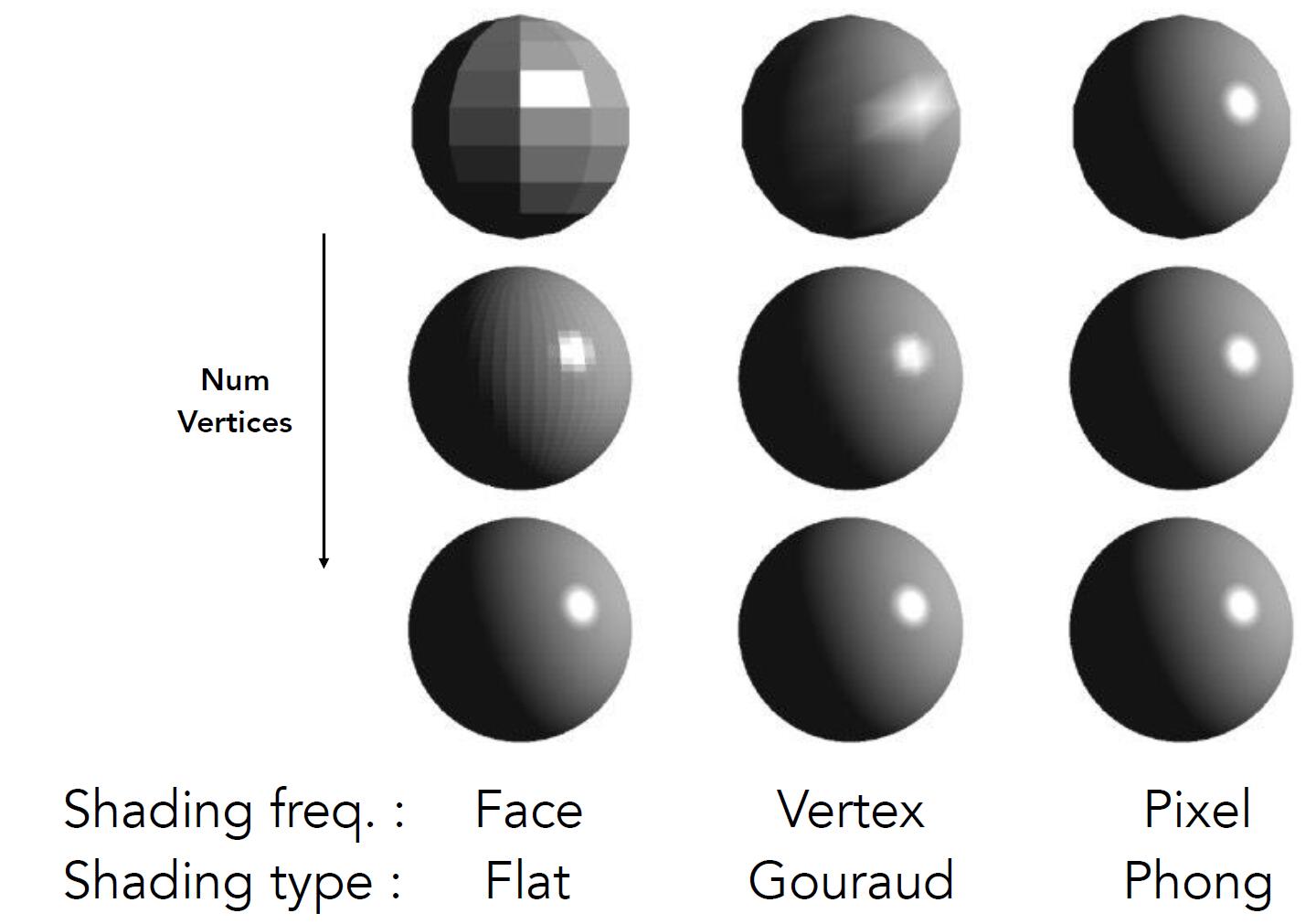 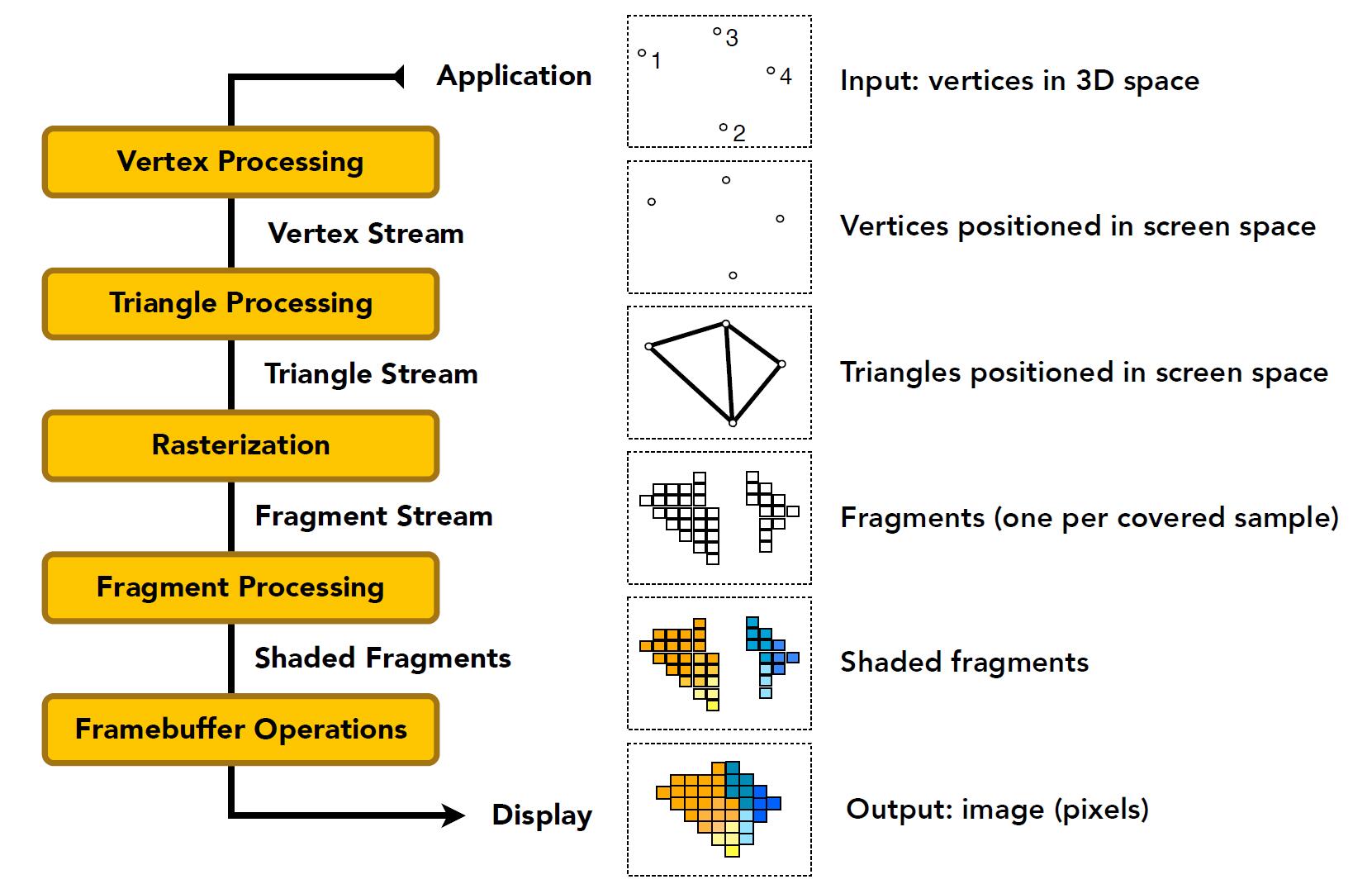 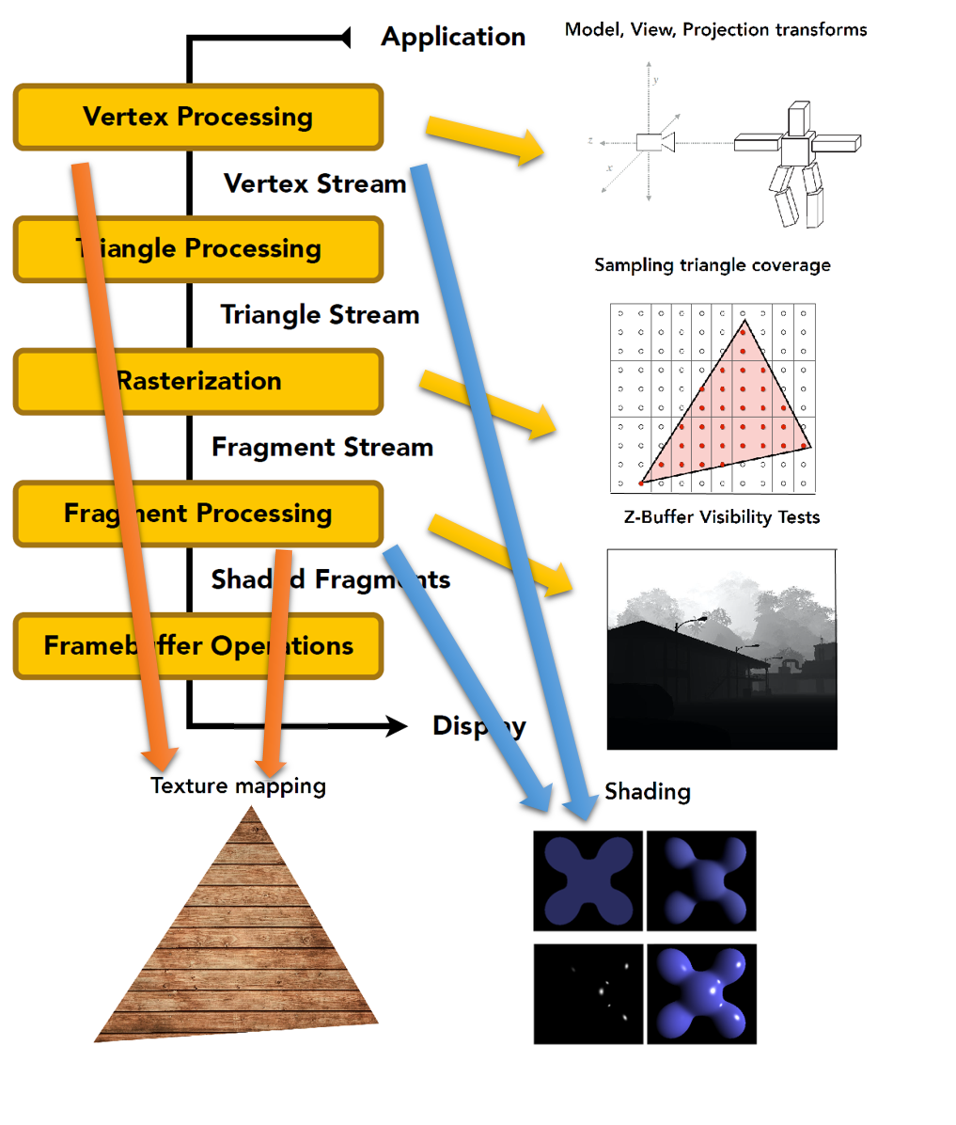